Eddie Smith knew that if he was to succeed in his aims to get the details right and make customers happy, he must create a superior manufacturing company. Smith found Wiley Corbett, a man with fabulous talents in manufacturing and engineering, and convinced Wiley to come on board as executive vice-president for plant operations and engineering. The company very quickly completed the conversion to fiberglass manufacturing, and Smith and Corbett ensured that the final transition to fiberglass did not come at the expense of Grady-White’s reputation for superior quality. 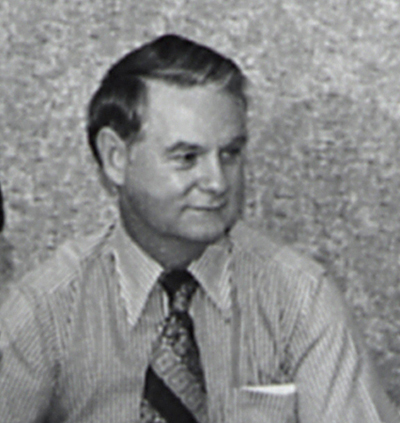 Wiley Corbett was brought on board as executive vice-president for plant operations and engineering.
Macro alias: RTEEmbeddedImage

Eddie also recognized that the company must have the absolute best distribution system to ensure customer satisfaction. He established a stellar sales team, adding Jim Stoneman and Pete Furman to join Bing Fishman who was already on board. All became enthusiastic proponents of Eddie’s customer-driven high quality products, and began preaching excellence and quality to the Grady-White dealership network. All three men took a lesson from Eddie’s book and truly listened to dealers and their customers about what they wanted in a great boating experience.

Grady-White persevered through those transition years because of the employees who have worked for Eddie Smith. Eddie is a tough taskmaster, but he truly appreciates his co-workers, and they understand his passionate desire to “get things right.” B.J Eakes, a 38-year production employee at Grady-White, said, “If there’s a problem, he wants it fixed right now. There are no right words to say how much he cares for his customers and his employees.”

Also, even during these early days, Eddie and Wiley jumped into sportfishing with both feet, anxious to learn the sport and the various ways customers used their boats. Wiley and Eddie began to listen very, very carefully to customers and potential customers in the growing market for sportfishing boats. They arranged fishing trips with customers and top fishermen, and they regularly fished for fun. Eddie and Wiley both became very proficient fishermen, and Eddie himself became internationally known for his winning ways and fishing skills in the Masters Sailfishing Tournament, as well as the Hatteras Marlin Club Invitational Billfishing Tournament and others. Eddie also quickly learned the business and personal values of a strong conservation ethic, and has more recently been named as recipient of the Rybovich Award, the Billfish Foundation’s top award, as well as having become the first recipient of the “Eddie Smith Award” the American Sportfishing Association Hall of Fame recognition.