The Idea: Small, Solidly Built “Works Of Art” for Coastal Boating, Engineered for Performance in the Toughest Conditions

Glenn Grady and Don White founded Grady-White Boats in 1959, and hired local craftsmen to build wooden boats in the coastal Carolina handcrafted tradition. The business outlook seemed bright; Grady and White dedicated themselves to quality, and they planned to grow their company through the increasing demand for coastal pleasure craft. The first Gradys were small, tough “works of art,” with flared bows and lapstrake sides starting with steamed white oak frames and planking, all joined with brass bolts and nuts. The process was labor intensive, but employed sure-fire concepts used in larger Carolina custom sportfishing boats. Grady-White’s founders believed that if they used those concepts, and crafted boats “tougher than they had to be,” that these smaller boats would stand up reliably to coastal waves and weather. Grady and White got it right. 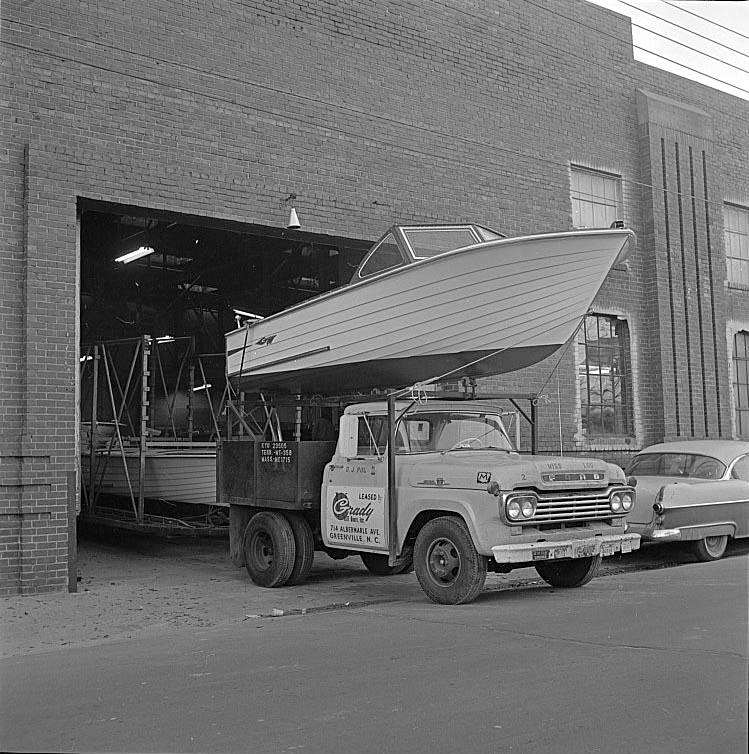 The year that Grady-White was founded, present day CEO Eddie Smith was a high school boy in Lexington, NC, hundreds of miles from the coast in North Carolina’s upper Piedmont, an area famous for hosiery, furniture, and textile manufacturing. No one, least of all Eddie, would have guessed that life ultimately would lead him into the Hall of Fame of the National Marine Manufacturers Association (NMMA). But, the outdoors captured his imagination and Eddie was an avid sportsman even then, learning to hunt and fish with his father, Edward C. (George) Smith, Sr. As a young man, Eddie learned much more from his dad than a keen love of the outdoors. His father had built a successful hosiery and apparel mail order business, National Wholesale, and instilled in Eddie the fundamental idea that success in business derives from dedication to unquestionable integrity, valuing and treating co-workers exceptionally well, truly appreciating and valuing customers, and striving for perfection in quality. The father also taught his son by example that it was good business to give back to his industry, to employees, the community, and to the important passions in his life.

In 1960, Eddie Smith packed his bags and moved to Chapel Hill to enroll in his much beloved University of North Carolina. “I had a great time in college,” remembers Eddie. “Why not? I knew that when I graduated I was going to work in the family business and sell hosiery.” The highlight of his college years was meeting Jo Allison Clary of Winston-Salem who, very soon, became Mrs. Edward C. Smith, Jr. The future came quickly for Eddie: the Monday after graduation, he started work at National Wholesale. “I knew early on that this type of business was not where my passion was,” recalls Eddie, “but I continued to work and learn there for three years.”