Rob Faircloth first shared a love of boating with his father. After marriage to his wife, Shelio, that passion continued as they boated with their two children and now, five grandchildren. Their daughter, Mary Catherine, notes that two of her four children took their first boat ride when they were only two weeks old. She goes on to proclaim, “Sharing the same boating experiences I had as a child with my children is very special to me!” 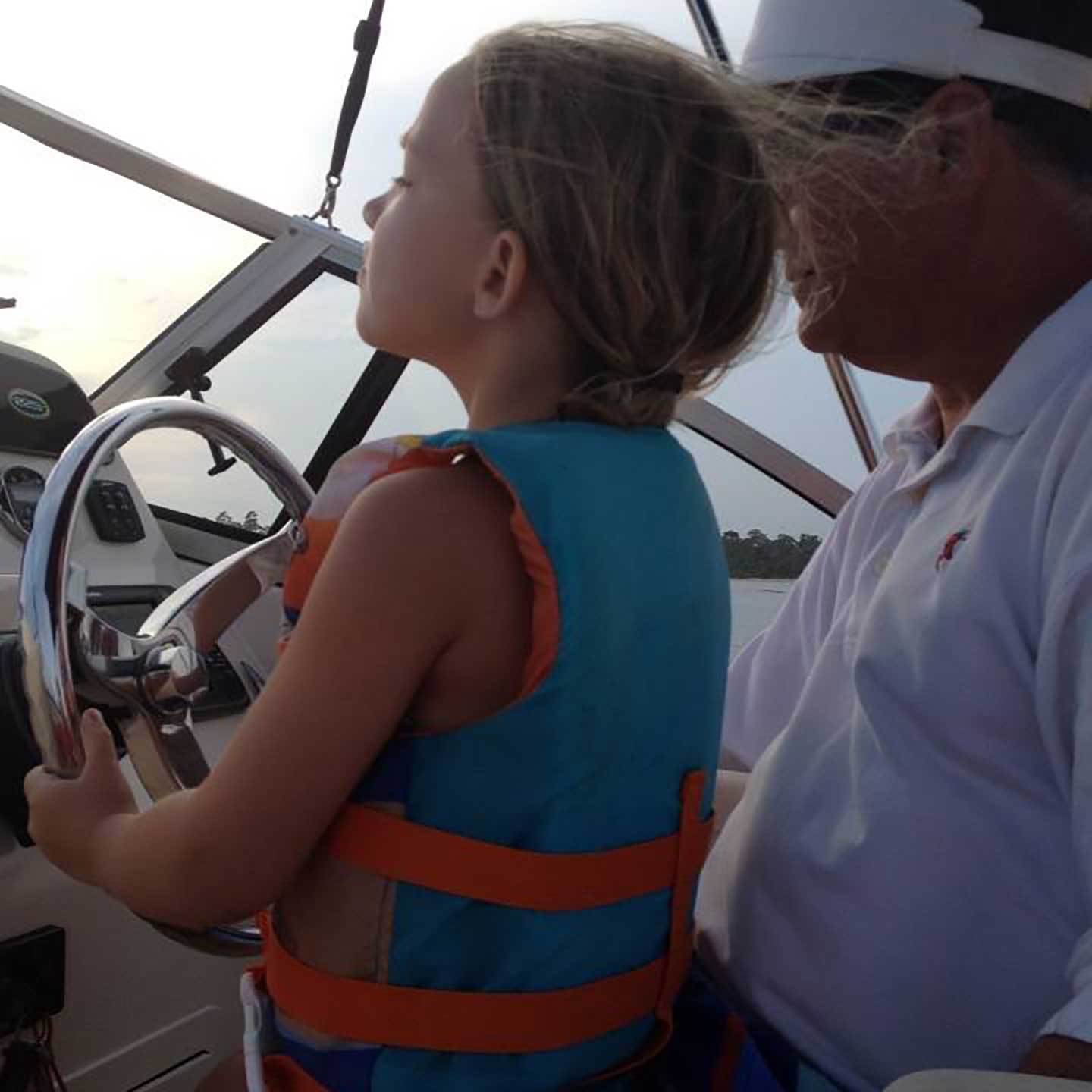 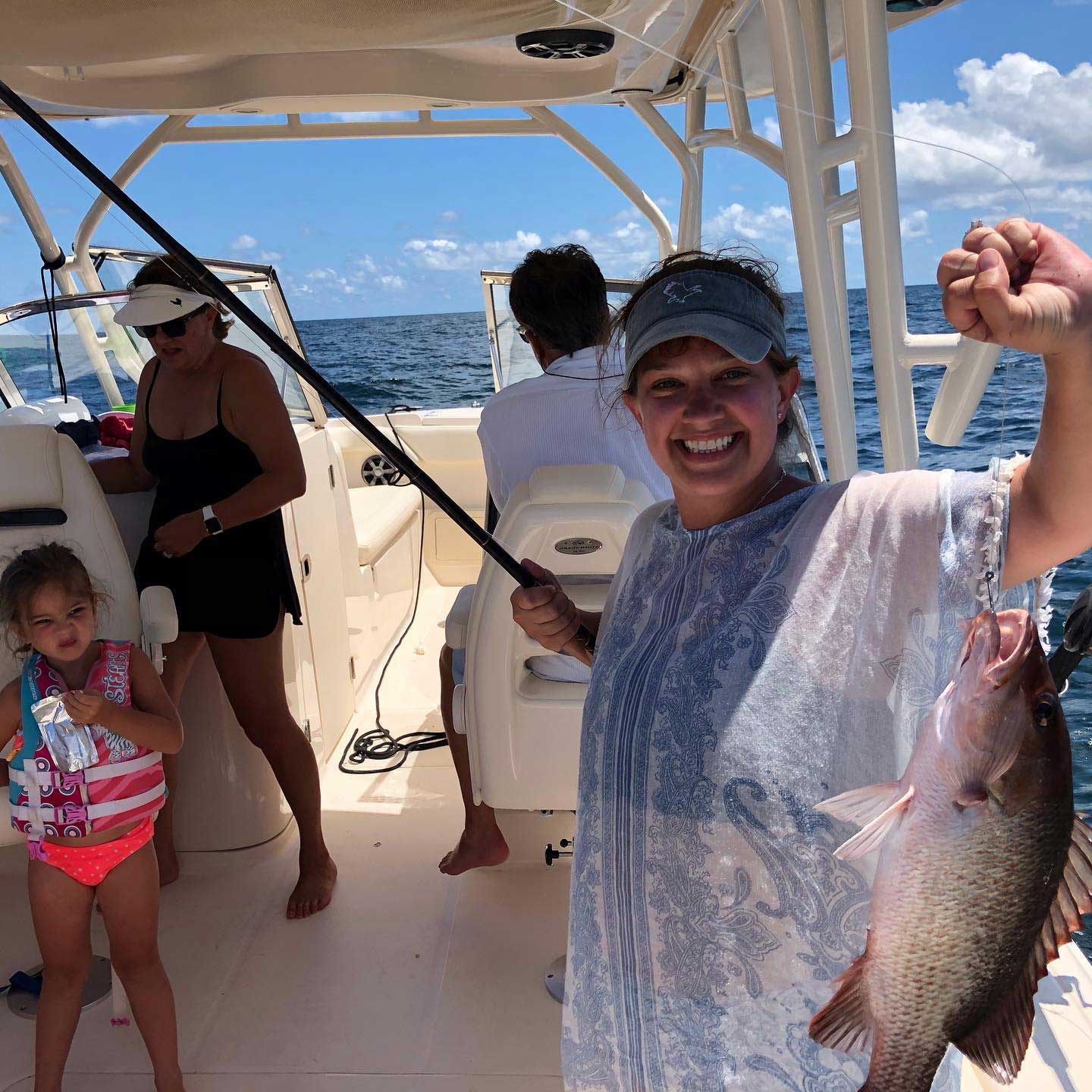 Rob and Shelio Faircloth love boating with their family. While the grandchildren are training for their boating license, their daughter, Mary Catherine, is catching dinner!

As a young boy, Rob’s father owned a different boat brand, which Rob nicknamed “Bonecrusher” because of its rough ride. Later, he and his dad test rode a Grady-White and were immediately hooked on the smooth ride and ease of getting on plane. They purchased that boat in 1989 and he never looked back. From their original Tournament 190 to his eleventh Grady-White boat, a Freedom 275, it is evident that the family’s favorite pastime is boating on their Grady-White.

Rob learned about boating from his daddy, and as a daddy of two himself, he made sure boating became an important part of the Faircloth family lifestyle. As they began introducing the pastime to their grandchildren, the emphasis of family time out on the water continued.

A frontrunner of the family’s favorite entertainment on the boat is watching the Blue Angels off the coast of Pensacola, Florida. Not only do they enjoy the air shows, but Shelio keeps up with the practice schedule so they can watch them more often. They have been watching the Blue Angels perform since their children, Mary Catherine and Elliott, were young. Mary Catherine recounts how as a girl she recognized the importance of not only trusty Captain Dad, but also of their quality Grady-White boat, when after the annual Blue Angels Air Show, a storm blew up. There were strong winds, lightning, waves with white caps, and boats EVERYWHERE, all going at full speed. The combination of the storm and the wake created by all the other boats, made for a rough ride. Mary Catherine, her mom, and a friend, huddled in the console, her brother under the back bench seat, while her dad did what he does best, drove the boat. What she remembers most is the fact that she felt safe with her dad at the helm of their awesome boat. She knew, with her dad and the Grady, they’d make it home safely, and they did!

A favorite pastime of the Faircloth family is attending the Blue Angels annual air show off the coast of Pensacola. They also follow the practice schedule and go watch as often as they can.

Today, they love fishing, anchoring out to swim, and the excitement that comes from watching the Blue Angels perform or practice. From these activities to cruising to a local restaurant, they do it all together, except for the afternoons Rob slips away to fish with friends. He keeps the boat at the marina, so when he has a little time, he can easily escape work for a little fishing expedition, which generally includes trolling the weedlines for mahi and wahoo. While not particularly fishing for billfish, Rob notes they have caught a white marlin and a sailfish from their Grady-White boat! 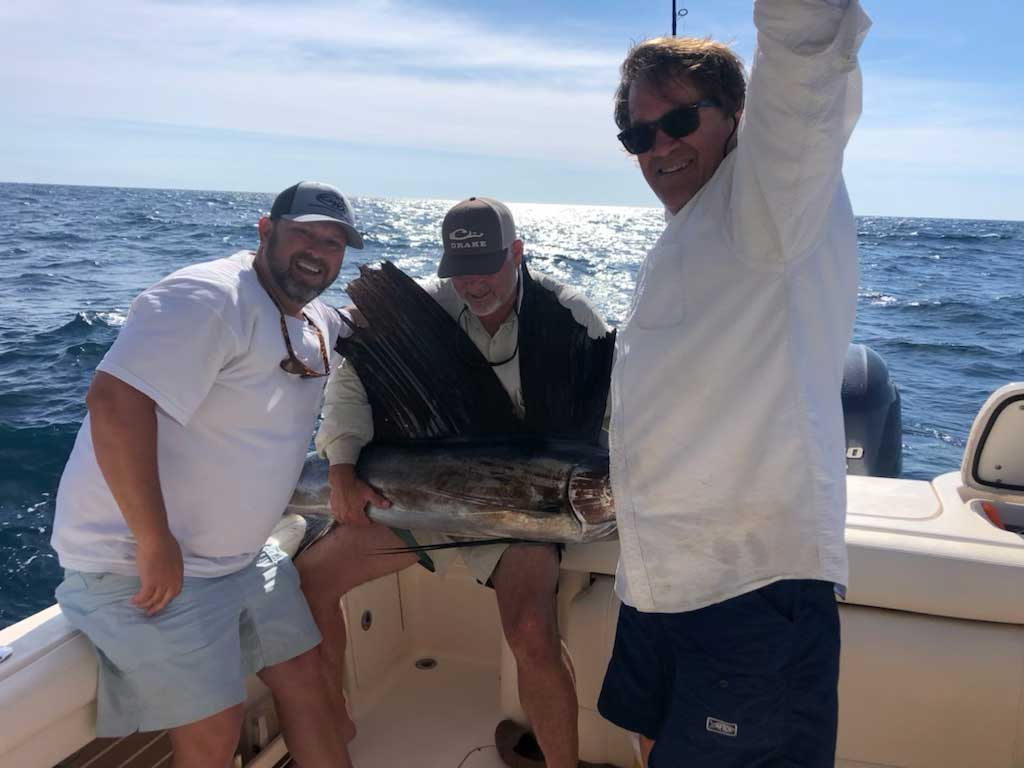 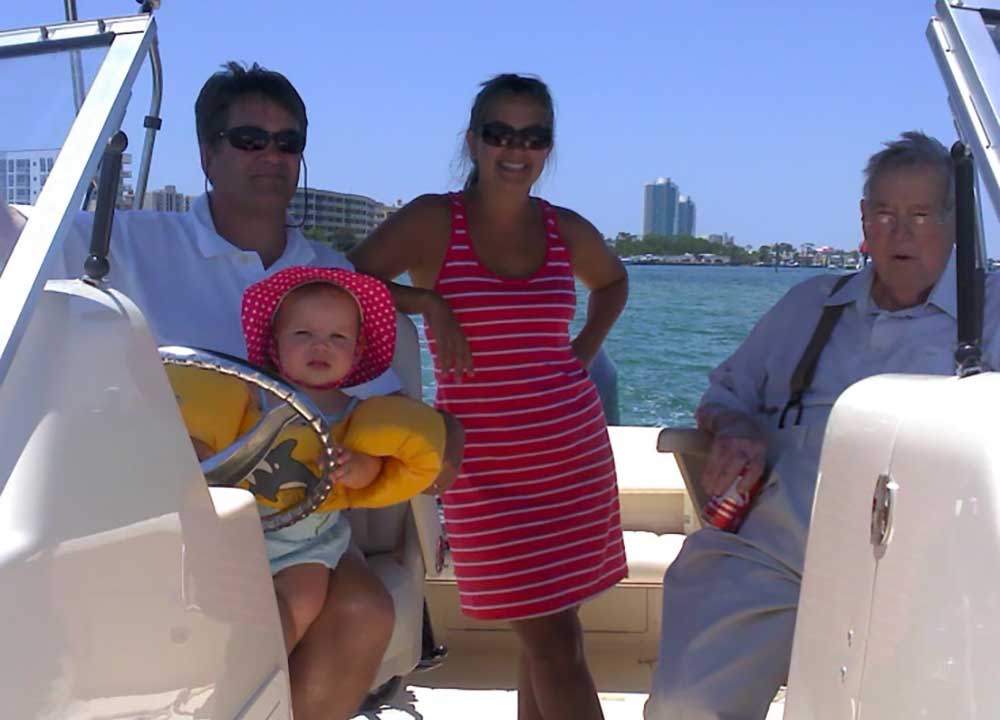 From fishing with his buddies to relaxing with the family, it’s always a good day when Rob Faircloth gets to enjoy time on his Grady-White boat!

While we’re talking about Rob and his friends fishing, we want to note that at least six of them have purchased Grady-Whites after fishing with Rob. In addition to his friends buying Grady-White boats, the family recently added another Grady to the mix as Rob’s son, Elliott, purchased a Tournament 190 of his own. For that reason, Marine Max Pensacola Boat Broker, Kit Bodree, calls Rob a terrific ambassador for Grady-White. He also has a nickname for Rob, “Diddy,” derived from the Faircloth family’s pronunciation of daddy.

A man with many nicknames, Rob also answers to “Bopa,” a name given to him by his grandchildren, who constantly ask him to take them out on the boat to fish, swim, and go on excursions to their favorite locations. It’s definitely “The Grady Life” for this close-knit family as they look forward to many more boat rides in the years to come!

After learning to boat with his father, Rob Faircloth, and his wife Shelio, continued the tradition by raising their two children, Mary Catherine and Elliot, to love boating too. Today, they are instilling the same passion on to a fourth generation and spending as much time as they can on the water with their five grandchildren.