The facts are simple. For over 40 years, Grady-White Boats has understood and believed in the core principle of working to delight customers. As a result, the company has garnered highest recognitions in every single third-party recognition of excellence in customer satisfaction in the marine industry for over two generations.

That long-term understanding and core belief of Grady-White’s means that if ownership satisfaction and happiness is important to you and your family, Grady-White is the best option to consider in your boat purchasing plans.

During the 1990’s, in addition the company’s continued implementation of internally administered surveys and growing emphasis on enhancement of Grady-White performance and ride through the development of the breakthrough SeaV2® hull, the independent Marine Matrix® studies showed Grady-White at the very top levels of satisfaction as compared to other brands. Throughout the entire decade, Grady-White consistently measured at the top of these important third-party studies.

In 2001, Grady-White was ranked highest in its category in the first ever J. D. Power and Associates Marine Industry Customer Satisfaction Survey. 2001 was the first of nine yearly (2001-2009) studies J.D. Power and Associates did in the marine industry. Each and every one of those nine studies showed Grady-White ranked highest in coastal boats and measured at world class satisfaction levels (9+ out of 10) in every category measured including performance, fit and finish, comfort, ride as well as factory support, dealer service and others. The experts confirmed Grady-White’s level of survey satisfaction results is as good or better than the world’s finest, most successful and best-known durable goods products including luxury automobiles. World class to the core.

In 2001, as the marine industry as a whole stepped up its appreciation of the importance of customer satisfaction, Grady-White was also one of the first recognized and awarded the top award for excellence in its category (fiberglass boats) in the National Marine Manufacturers Association (NMMA) CSI Awards. NMMA’s CSI awards were a new independent study that surveyed large numbers of consumers of marine products about to their satisfaction and experience with those products. In 2016, Grady-White received its 15th consecutive CSI award for customer satisfaction excellence. Every award, every time.

40 years of awards and recognitions for satisfaction are flattering indicators of the importance and level of effort Grady puts into ensuring you of world-class satisfaction as a customer, but awards and recognitions are not the real payoff. The photos, cards, letters, e-mails and stories, testimonials and most of all the real life experiences we hear about every day, see on the water and publish on this website are far more important indicators of the happiness and delight of our customer. 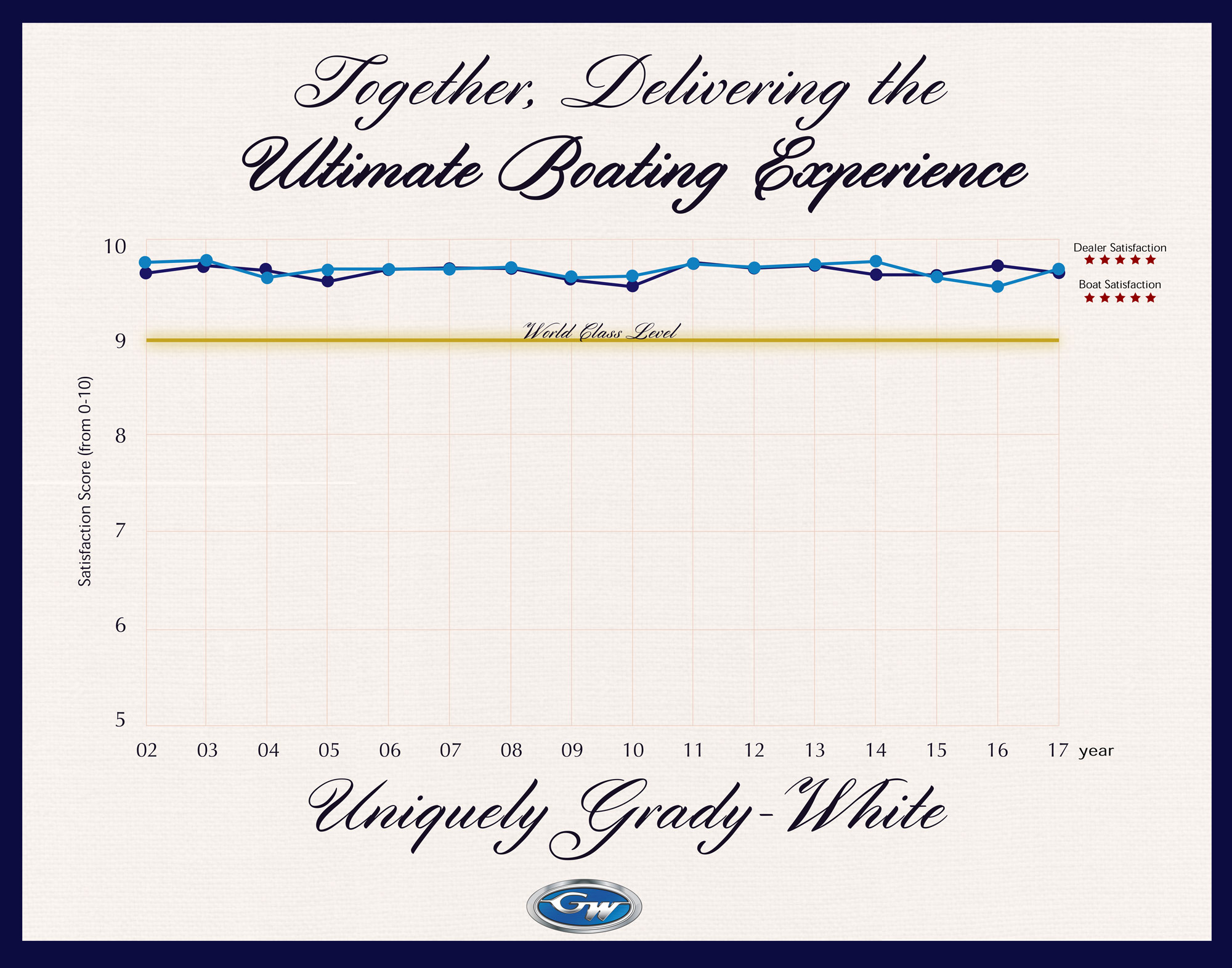