Smooth Riding Grady Goes Out for the Win 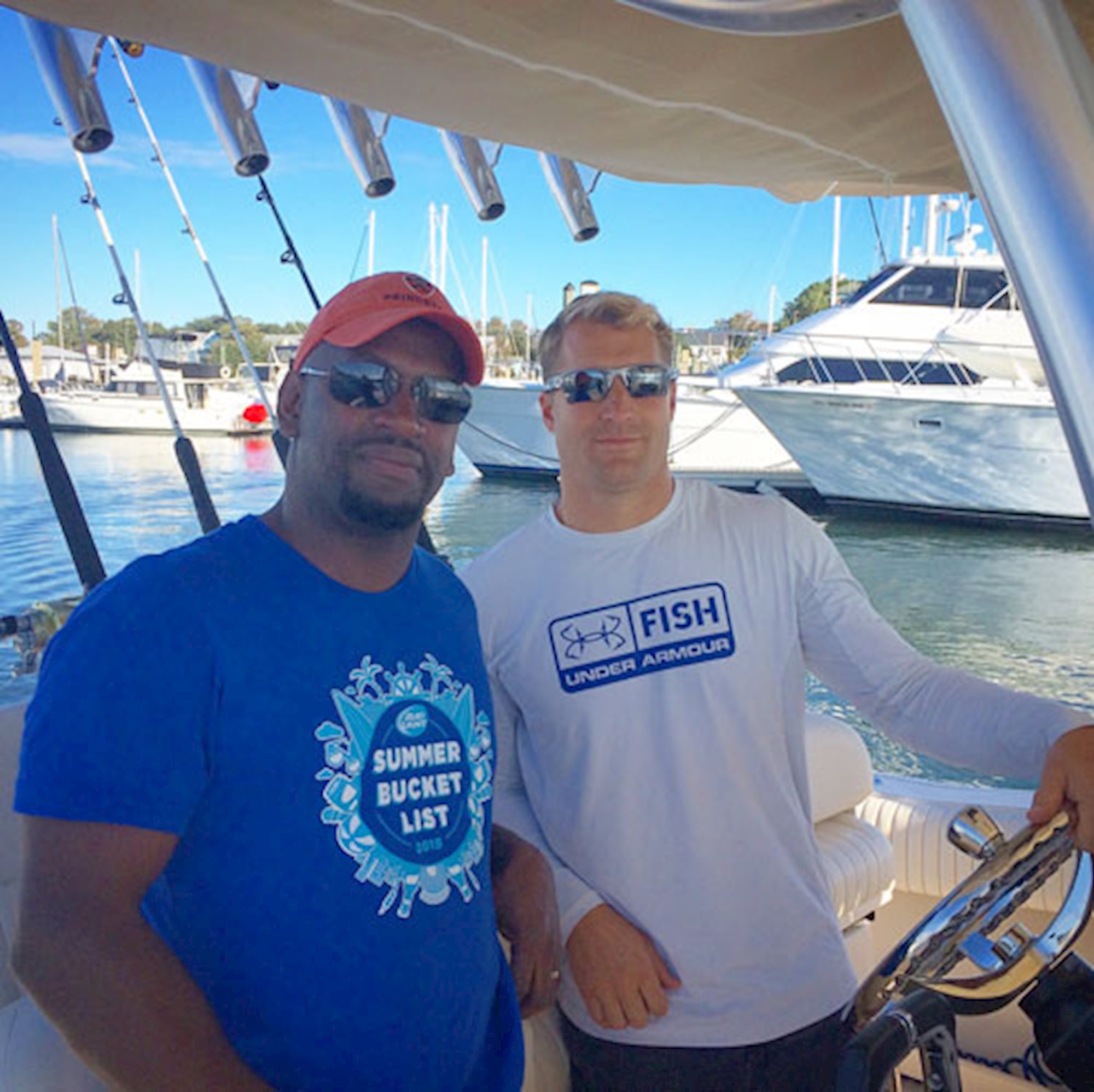 Longtime friends and business partners Anthony Williams and Patrick Kranick couldn’t believe their luck when they purchased their dream boat, a Grady-White Canyon 336 named Katessa II! And, it appears their luck has continued as they came in second place the first time they fished the Outboard Division of the Big Rock Blue Marlin tournament this June.

When Anthony and Patrick bought the boat in 2015, they made it a goal to fish The Big Rock Blue Marlin Tournament held each year in Morehead City, NC. Highly recognized, with a big purse, The Big Rock got its start after “one lucky blue marlin catch” was made off the Carolina coast in 1957. Now, in its 61st year, the tournament has become an East Coast sensation hosting more than 180 boats in 2019. The Katessa II owners and their friends that made up the crew decided this year it was time to make their goal a reality. How exciting it was to not only have the opportunity to fish in the tournament, but to end the week with a category win! Overachieving appears to be a theme for these two who consistently set goals for themselves based on one, three, five and 10 years. The 336 was a 10-year goal they achieved in six.

While Patrick and Anthony have fished for many years, which includes running a small fishing charter business out of Beaufort, NC, they typically spend most of their free time scuba and free diving. The Canyon 336 has proven to be a great boat for these excursions as they noted that the transom door makes diving easy, and it’s especially nice to be able to take a warm shower when diving in cooler weather. In fact, the versatility of this boat doesn’t stop there. Anthony notes, “It’s a family and fishing boat at the same time.” Family fun is a big part of their boating experience—the boat is even named after family members. When purchasing their boats, Anthony and Patrick alternate who gets to select the name. This time it was Patrick’s turn and he selected Katessa for the second time, a combination of his wife’s name, Kate, and his daughter, Tessa. Together their families spend lots of time on the boat fishing and cruising to dinner or spending weekends at Cape Lookout. In fact, Anthony’s family spent this Mother’s Day fishing! They attribute everyone’s desire to be on the boat to its “soft” ride—they just “Love it!” stated Anthony when recounting their adventures.

After the Big Rock Tournament Outboard division win, the Katessa II crew was invited to take a Grady-White factory tour and participate in the company’s Friday update, a weekly gathering of all Grady-White employees where they share the company's achievements, recognize employees for work anniversaries and accomplishments, promote safety at work and at home, as well as discuss the company’s vision and values, personal development topics including developing the 8 domains of life. At the meeting Anthony said to all the Grady employees, “I appreciate what you do! We took this boat 85 miles off-shore, and while larger boats around us were pounded by the sea, we didn’t get thrown around.” He went on to explain that someone viewed video footage they had taken of several large boats as they headed off-shore and asked if the cameraman was in a jet because it wasn’t moving around. He proudly noted that they made that video from their Grady and stated, “It just rides that smooth!”

While Anthony and Patrick always had confidence in their boat, they said after the tour that confidence grew. “The plant tour was AMAZING and the workers were so knowledgeable,” noted Anthony, who went on to say that as a charter captain he’s been on a LOT of boats, but none compare to a Grady-White. “Everything, right down to the Captain’s seat is well thought out. There’s an evolution to their boat building—they’re constantly improving upon their great designs.” While the 336 is a great boat for Anthony, Patrick, and their families, they admit they’ve dreamed of one day purchasing a 376 or an Express 370. Right now, they plan to stay with their 336. Then Anthony throws in, “But you know, the new 2020 model year 336 is designed now for two 425 Yamahas…” 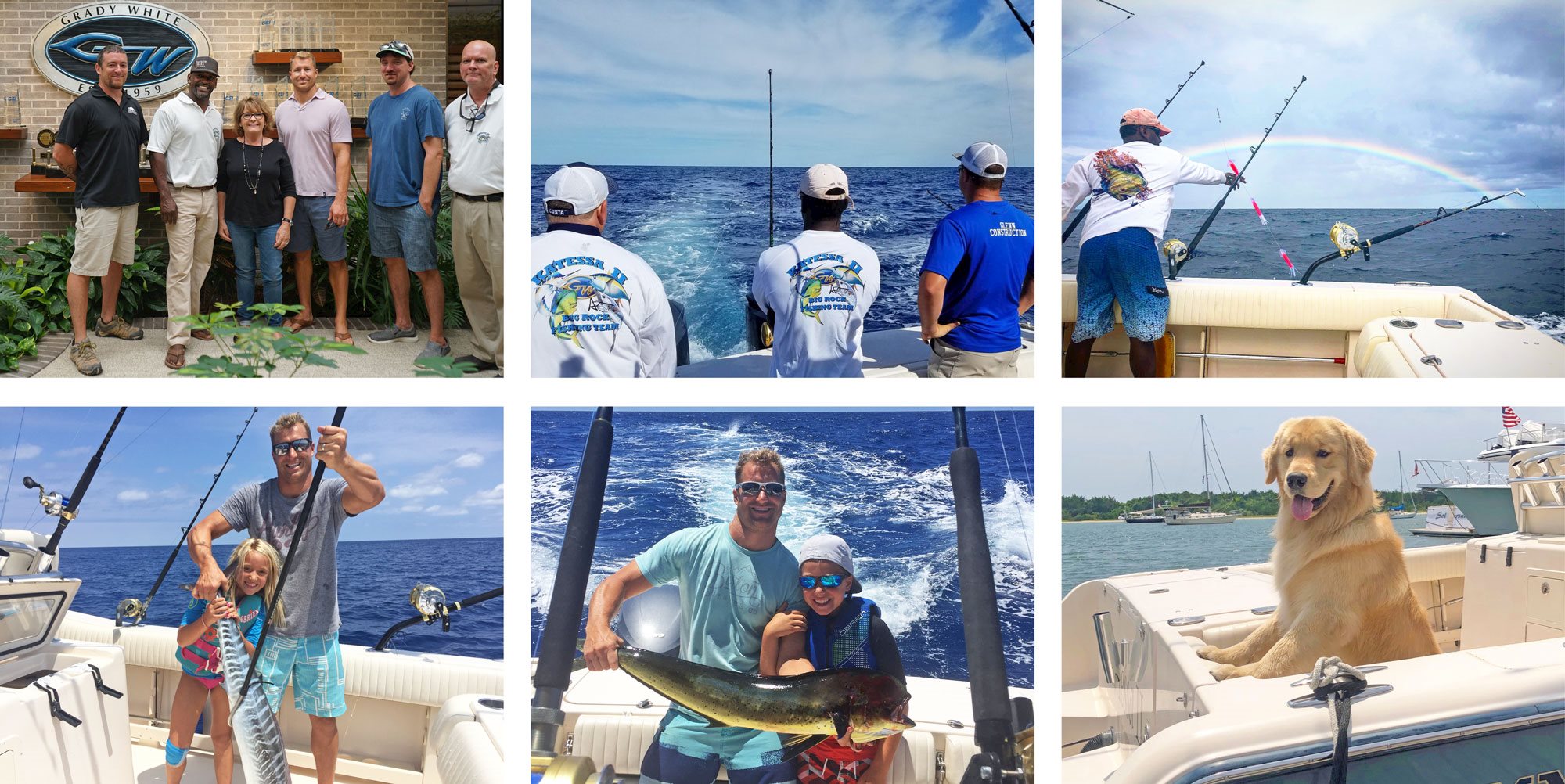