Raised on the water, boat loving couple says third Grady-White is the charm 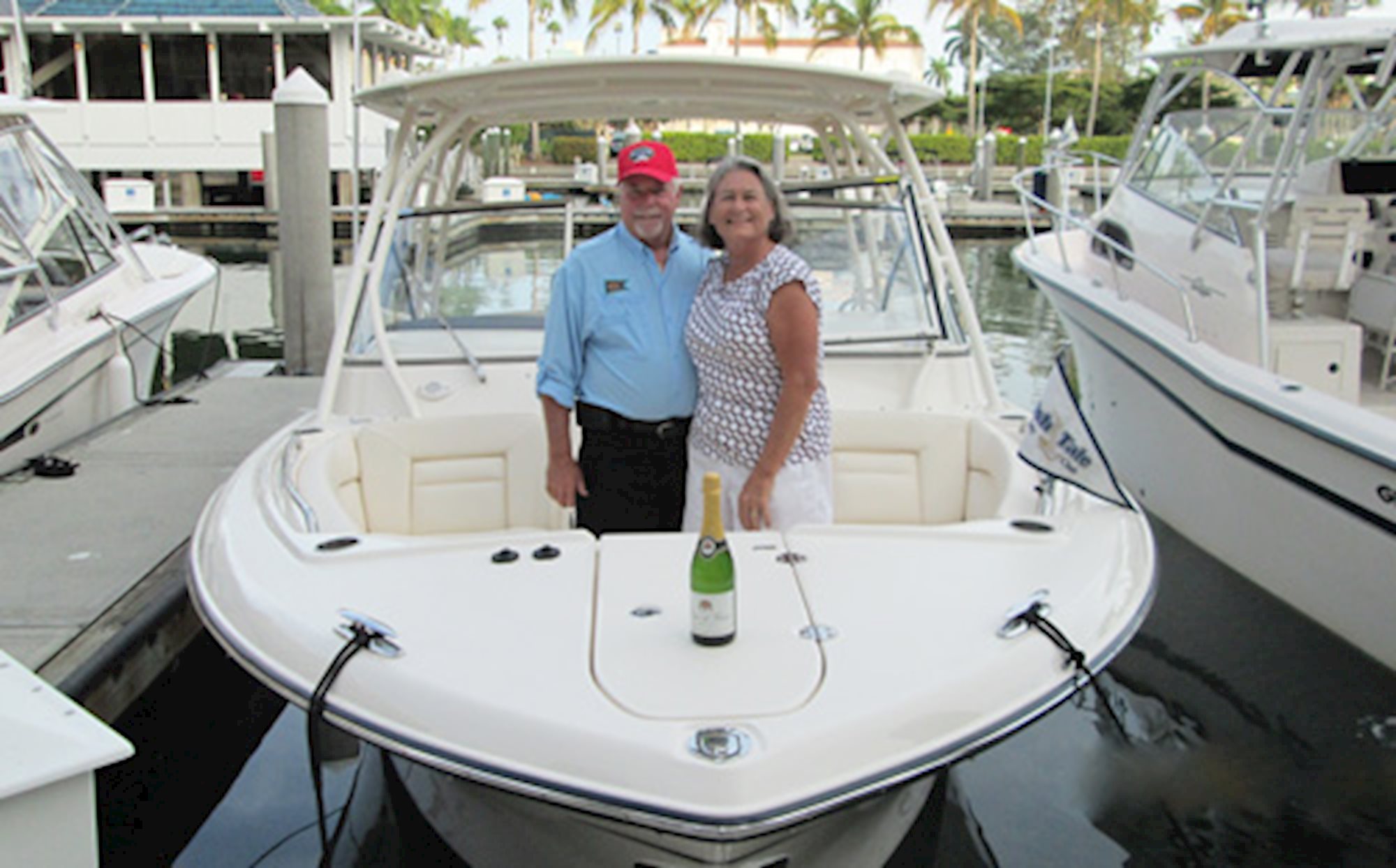 What’s not to love about a boat, and the company that built it, when your ideas are integrated into the design? When Tom and Marge Towers decided to buy their third Grady-White, Tom had a few product suggestions, and the Grady team was happy to listen.

Both Tom and Marge were brought up on the water and spent their lives boating. When they were first getting acquainted, Tom mentioned that the only thing that could make their evening better was if it was on his boat. Marge instantly replied, “Or on my boat!” and, right then and there, Tom knew he had a keeper.

For years they owned a variety of boats, but after a snowbird move to Florida, they were ready for something special. One day, while riding their bikes they passed the local Grady-White dealer, Fish Tale Boats, and struck up a conversation with General Manager, Ray Jahn. Tom expressed his desire to buy a Grady-White and the salesman noted, “I’ve got the perfect boat coming!” Tom provided his contact information and asked them to let him know when the boat arrived. That boat was a Freedom 225, they went on a test ride when it came in, and that very same day Tom said, “I’ll take it!” His only regret on the 225 was that he didn’t start with a Freedom 255, which became their next Grady! From that experience Tom’s advice is, “Whatever you’re thinking about buying, go up a size,” and that’s how the Towers came to own their newest addition, the Freedom 285.

When talking to both of them what resonates is the enjoyment they get from this boat, especially as it relates to their time traveling with the Fish Tale Grady Club, where they’ve made many great friends over the past 10 years. Tom enjoys working with club members to plan the trips and as well as charting the course. And while most of the boats are larger than the Towers’ boat, it seems each time they head out the Maggie T takes the lead.

During prime boating season the club takes about two trips a month, but they also regularly get together between trips to go fishing or out to dinner. They especially enjoy their trips to Sarasota, where Tom and Marge decided to christen the Freedom 285, Maggie T.  Currently the Towers are contemplating a permanent move to Ft. Myers, Florida which could give them the opportunity to travel to the Keys or maybe the Bahamas. Tom noted a fellow club member just traveled there on his Freedom 285. Either way, anywhere they go they’ll continue to enjoy the camaraderie that comes from owning a Grady-White.

Today, Tom and Marge have the boat of Marge’s dreams! Tom, however, has already fallen in love with his next dream Grady, the Express 330! Marge says they don’t need a larger boat, but ends that statement with, “but you never know.” Then they share that once they went food shopping and came home with a couch, and another time they went couch shopping and came home with a car. So maybe the 330 is in Tom’s future–on a trip to the grocery store or on the way to dinner! 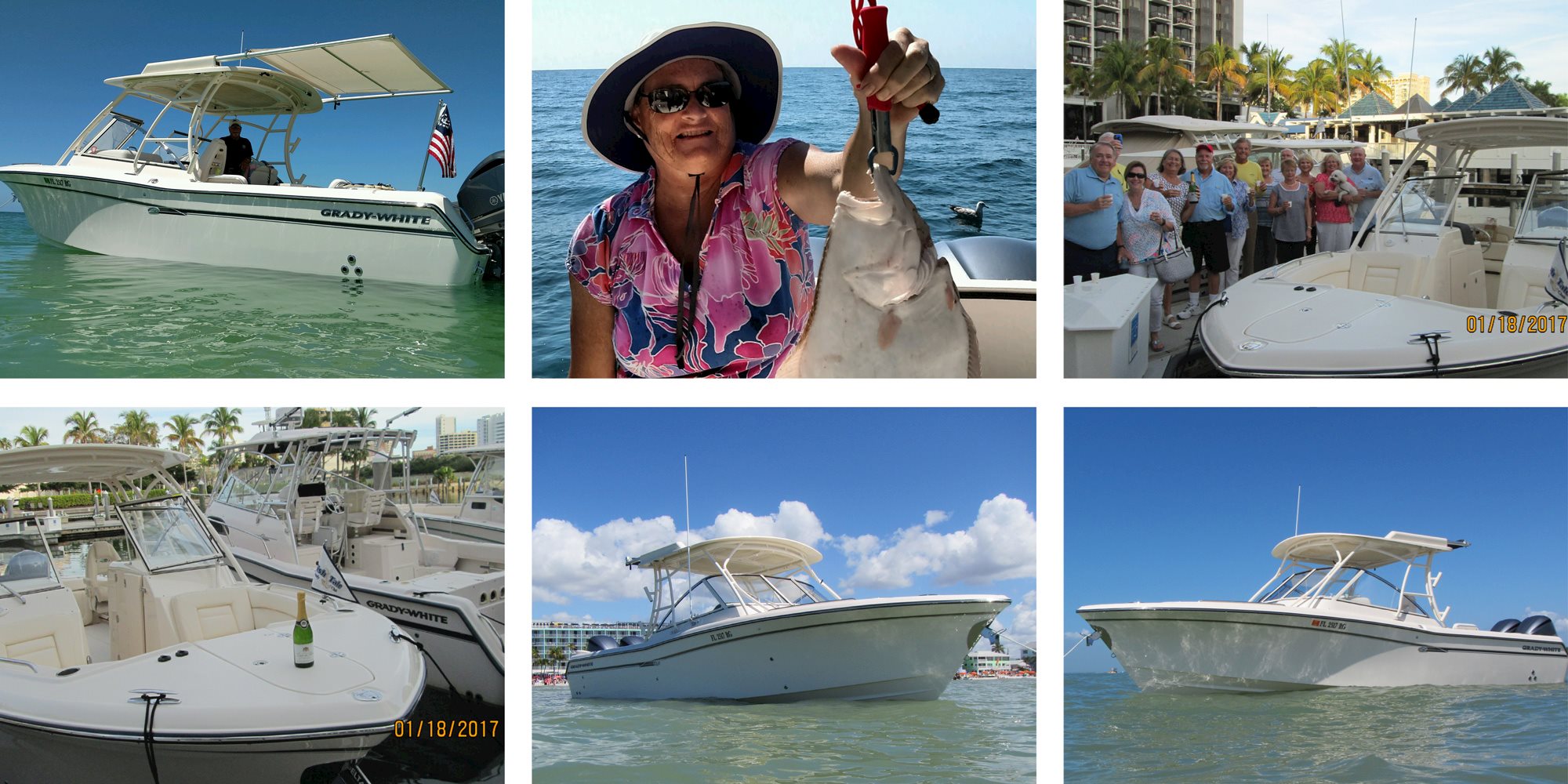