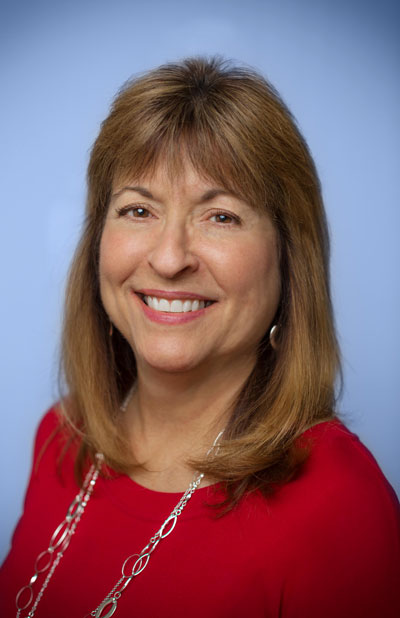 GREENVILLE, NC: The Manufacturing Institute recognized Jill Carraway, Vice President of Finance at Grady-White Boats, as one of their Outstanding Women in Manufacturing, with the presentation of their prestigious 2021 STEP Ahead Award. The official award ceremony will take place at their Annual Gala in Washington, DC, on November 4, 2021.

A pioneer among women engineers in marine manufacturing, and in building more female leaders within Grady-White Boats, makes Carraway an exemplary model of what STEP Ahead is all about. “Companies across the U.S. agree there is a talent shortage in manufacturing. Through the STEP Ahead Awards, we hope to take another step toward closing this gap by highlighting the stories of successful women in manufacturing and giving them a platform to encourage other women to join the industry and be role models for the next generation,” said Manufacturing Institute Executive Director, Carolyn Lee. “The women being honored demonstrate what modern manufacturing careers are all about: making an impact in their communities with meaningful careers that offer significant opportunities for growth.”

In 1984, Carraway started her long and successful career with Grady-White Boats as an Industrial Engineer. She moved to Product Engineering in 1990, where over a five-year period she applied her planning and execution skills toward the company’s introduction of 12 new models. Other notable contributions include the creation of a pay-evaluation-by-position system which increased employee retention and work effectiveness, and Technical and Emotional Intelligence training which positively impacted employee satisfaction in her department. That led to her promotion as Director of Human Resources, prior to being named Vice President of Finance in 2006, a role she continues today.

“Jill is a mentor to many at Grady-White, including young women who are now leaders in the company,” notes Shelley Tubaugh, Vice President of Marketing. “She has mentored me and many others during her 35-year career here, providing valuable feedback and words of encouragement with great integrity. She has a vast understanding of what it takes to be successful at work and beyond, and wants to share it with others.”

Outside of the company, Jill tirelessly gives of her time to positively impact lives by serving on numerous boards. Her efforts have helped transform lives of at-risk students in the schools, as well as those in job-readiness programs. Through her preparation and mentoring, she has introduced the skills she’s mastered to others. Jill is also dedicated to her family and has served her church on various committees, as a Sunday School teacher, and participates in dramatic presentations and the choir.

Kris Carroll, President, and Shelley Tubaugh, Vice President of Marketing, of Grady-White, have also been honored with the STEP Ahead Award, emphasizing the company’s initiative in promoting women in the organization. Grady-White Boats was founded in 1959, and has been privately held by National Marine Manufacturer’s Association Hall of Fame Award winner, Eddie Smith, since 1968, and led since 1993 by Carroll, a 45-year team member and also an NMMA Hall of Fame Award winner. The company currently builds 25 premium offshore sportfishing boat models of the highest quality, ranging from 18 to 45 feet. With their team of dedicated employees, Grady-White has been recognized at the top of every third-party study of customer satisfaction in the marine industry ever done, including all eight Highest in Customer Satisfaction awards in their segment from J.D. Power and Associates, and 19 consecutive National Marine Manufacturers Association Customer Satisfaction Index awards. Grady-White welcomes you to visit their innovative facility where their passionate craftspeople achieve uncompromising excellence through exceptional attention to detail.