Grady-White Has Been Building Great Boats for Over 60 Years

by Addison White for MotorBiscuit.com

Many of the most popular boatmakers in the industry are so successful thanks to years of innovative designs and attention to customers. Grady-White is one of these companies, with more than 60 years of experience crafting high-quality boats. How did Grady-White get started, and why is it so popular today?

The founding of Grady-White

Grady-White was founded in 1959 by Don White and Glenn Grady. At first, the company produced exclusively small wooden boats. While they weren’t as imposing as some larger boats you see today, they were still able to ford choppy waters.

However, the boating industry was growing quickly, and fiberglass boats became the new standard. Nine years later, Grady-White was still struggling with the transition from wood to fiberglass. Grady and White were considering selling the company until the two received a call from Eddie Smith.

Smith had developed a love for the outdoors in his youth and wanted to get out of his family’s line of work. With the support of his father, Smith bought Grady-White boats. From there, the company made swift progress on making plans for production plants and transitioning to fiberglass.

As the new plant opened in 1972, Grady-White was also working on its own line of watercraft with center consoles. This was a relatively new concept at the time, but it would quickly gain popularity. Boats with center consoles and cuddy cabins are convenient for boaters who want to spend the whole day on the water. These features provide extra protection from the elements, plus give every boat passenger a quiet place to unwind. 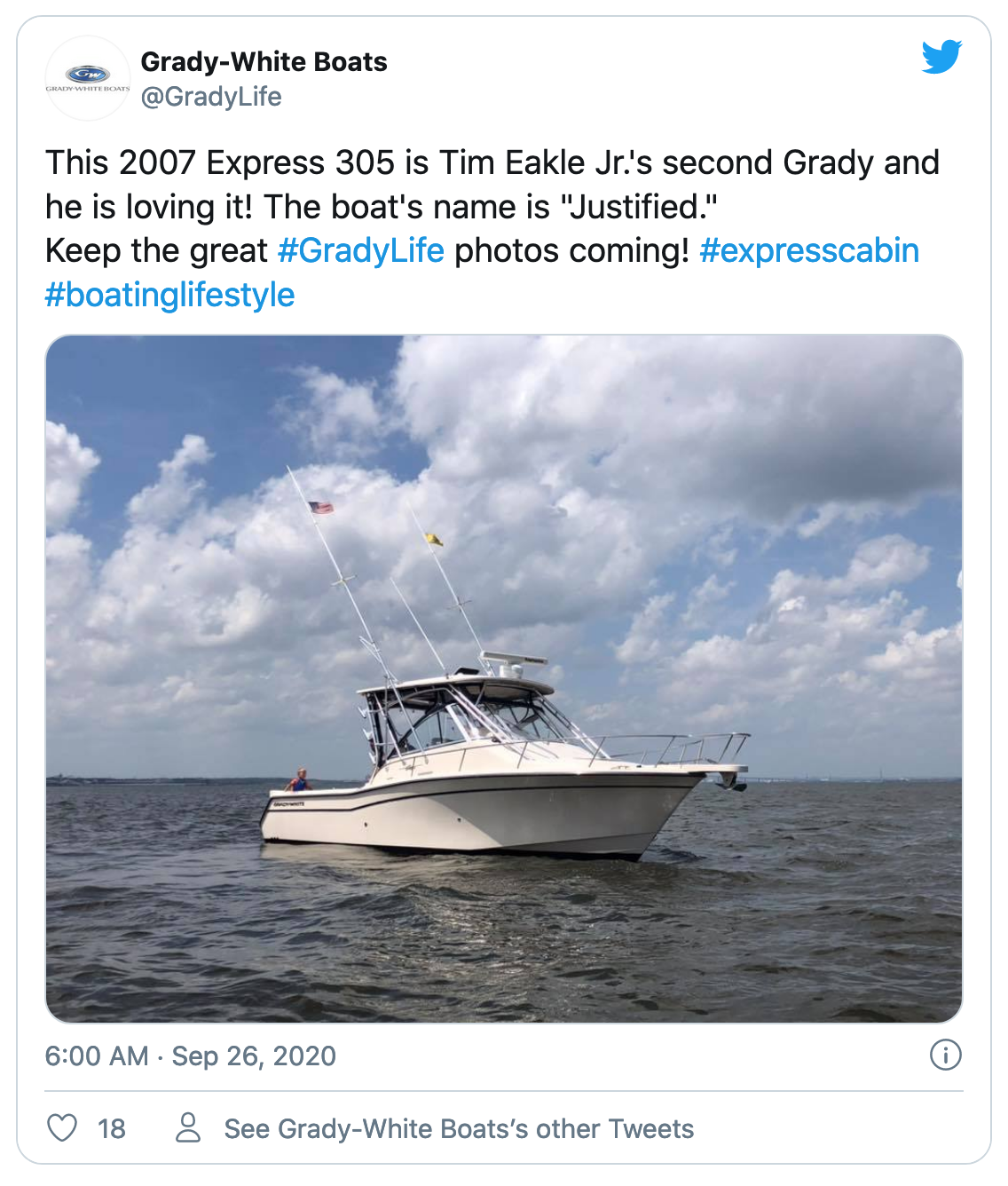 Around this time period, Grady-White designed the first models of its boats that are still popular today. In 1977, the company developed the Kingfish 254, one of the first small sport fishing boats. A year later, the Tarpon 190 was released, a saltwater dual console powered by an outboard motor.

The Marlin 28 was released in 1989, the first boat to have Grady-White’s vee-shaped body design. This would allow boaters to have a smooth ride over rough waters, plus extra stability while the boat was at port. Grady-White continued to garner success into 2001 when the Express 330 was released.

This was Grady-White’s largest boat at the time, measuring 33 feet long. The boat earned the company a lot of praise from J.D. Power and several boating publications.

After the success of the Express 330, Grady-White opened another large production plant to keep up with its consumer demand. The company developed a new walkaround cabin design, built with seafaring families in mind. In addition to the boats’ functional fishing features, Grady-White’s new designs had attractive extras like microwaves and showers.

In 2012, Grady-White manufactured the Freedom 335, the largest dual console ever built by the company. That same year, the company would introduce “dual cabin” boats, which had two large cabins instead of one. The Freedom 375 was the first, a dual console outboard filled to the brim with creature comforts.

Grady White in the present day

To this day, Grady-White continues to make some of the best water vessels on the market. Its big Express boats and iconic Freedom models frequently receive new updates, including more standard features and bigger engines.

Grady-White contributes most of its success to its devoted fan base. According to the company’s website, many of the design choices Grady-White makes with its boats are inspired by its customers. Given how successful Grady-White continues to be after 60 years, this business strategy has definitely paid off.