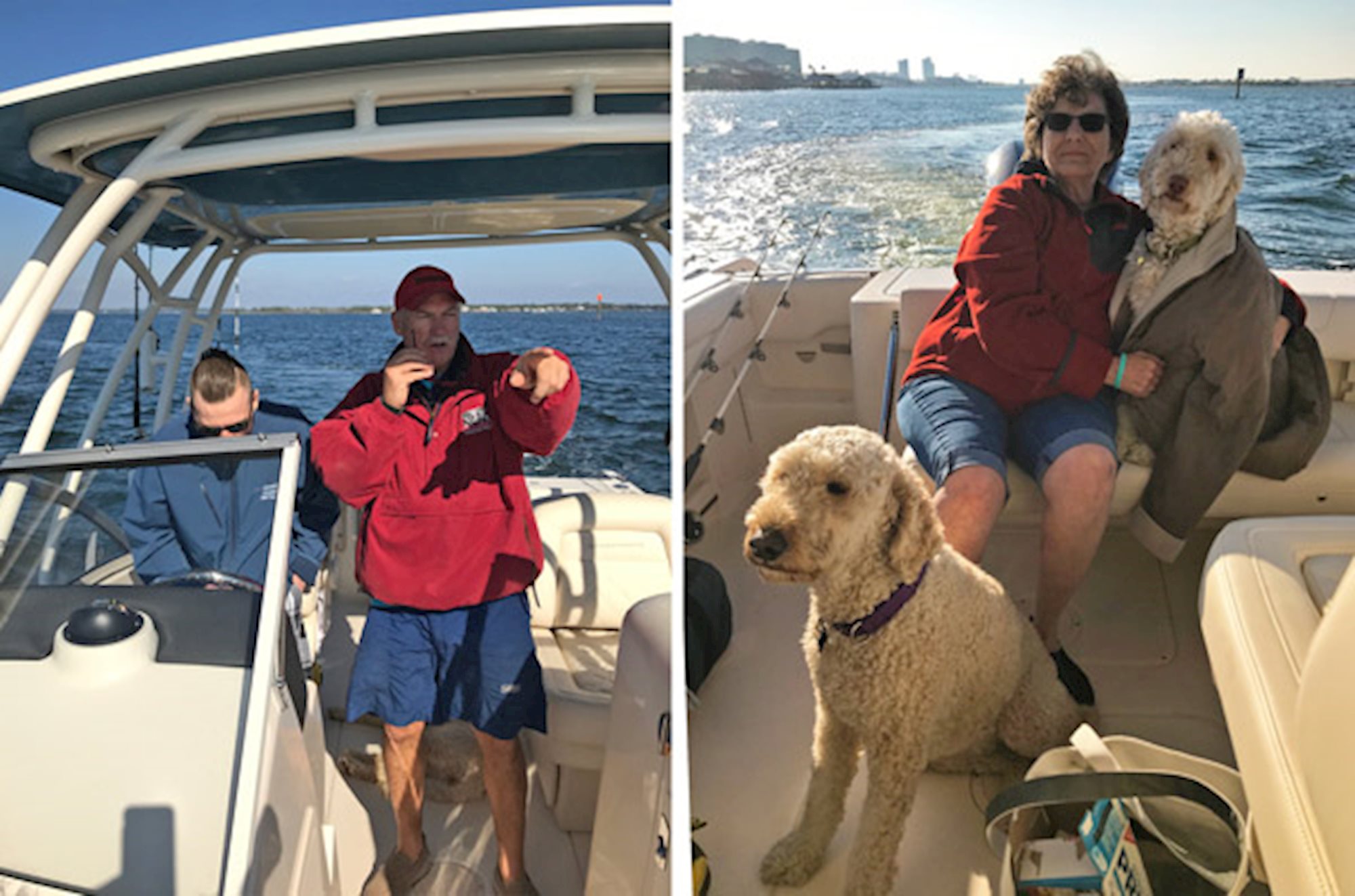 “That’s the only way you’re going to ever own a boat,” said Kate Sweetser when her husband, Tom, said he was going to purchase a $10 raffle ticket from the Gulf Coast Conservation Association for a chance to win a Grady-White Fisherman 204. That was in the summer of 1991, when Tom and Kate first moved to Alabama and attended the Dauphin Island Fishing Rodeo. Fast forward 29 years and they have just purchased their fifth Grady-White, a new Freedom 235.

One night back in 1991, when Tom was awakened by his phone ringing, the last thing he expected to hear was, “You won the Grady-White!” In fact, he thought it was a joke. After confirmation from two additional people, the reality started to sink in. “I had to borrow a truck to be able to get the boat,” said Tom, “and after that it sat in our backyard for a while.” Tom remembers lots of people suggested they sell the boat, but he and Kate decided to keep it. Today he professes, “it changed our life.”

Initially they kept the boat at a marina, where admittedly Tom gave the dock hand five dollars before he pulled away saying, “Watch out for me and when I come back, lend me a hand.” Over time, Tom and Kate got more comfortable with the boat. Kate loved to go for boat rides and Tom found his love for fishing with help from charter fisherman, David McKeithan. They enjoyed their time on the boat so much that they pulled together whatever extra money they could find and bought a small second home at a fishing camp in Orange Beach, AL. The benefit of the house was that it had a dock and lift where they could keep the boat.

Because their jobs took them from Florida to Texas, the Orange Beach house became “home” to them, and they spent much of their free time and every holiday there.

Being from Maine and New York originally, both Tom and Kate’s families loved to come visit. Each year during the winter, they would fly their parents down to stay at the “fish camp” for an entire month. Tom recounts one year when his parents were visiting and they went out on the boat to fish. “It was winter and there weren’t many people around, so here’s my mother sitting in the back fishing with curlers in her hair, and you should have seen the look on her face when she caught a 25” red fish,” said Tom. “She was so excited! That boat allowed us to share some really special times with our parents.” Those were special times they may not have had together, if they hadn’t won the Grady.

Since the phone rang that night in 1991, the Sweetsers have purchased two walkaround Gulfstream 23s and a Chase 27 center console before their recent “retirement purchase” of a dual console Freedom 235.  When asked about his Grady experience, Tom says they learned about boating on a Grady-White and they wouldn’t want any other boat brand. “The company is so responsive, and their customer service is not like any other. When you call, you actually get to talk to a human being,” Tom noted.

Now that they’re retired, Tom and Kate have purchased a permanent residence in Orange Beach. They enjoy spending their days sightseeing by boat with family and their two goldendoodles, Suzy-Q and Daisy-Mae, who love to boat as well. As for Tom and Kate, they’ll never forget that lucky ticket that changed their lives for the better! 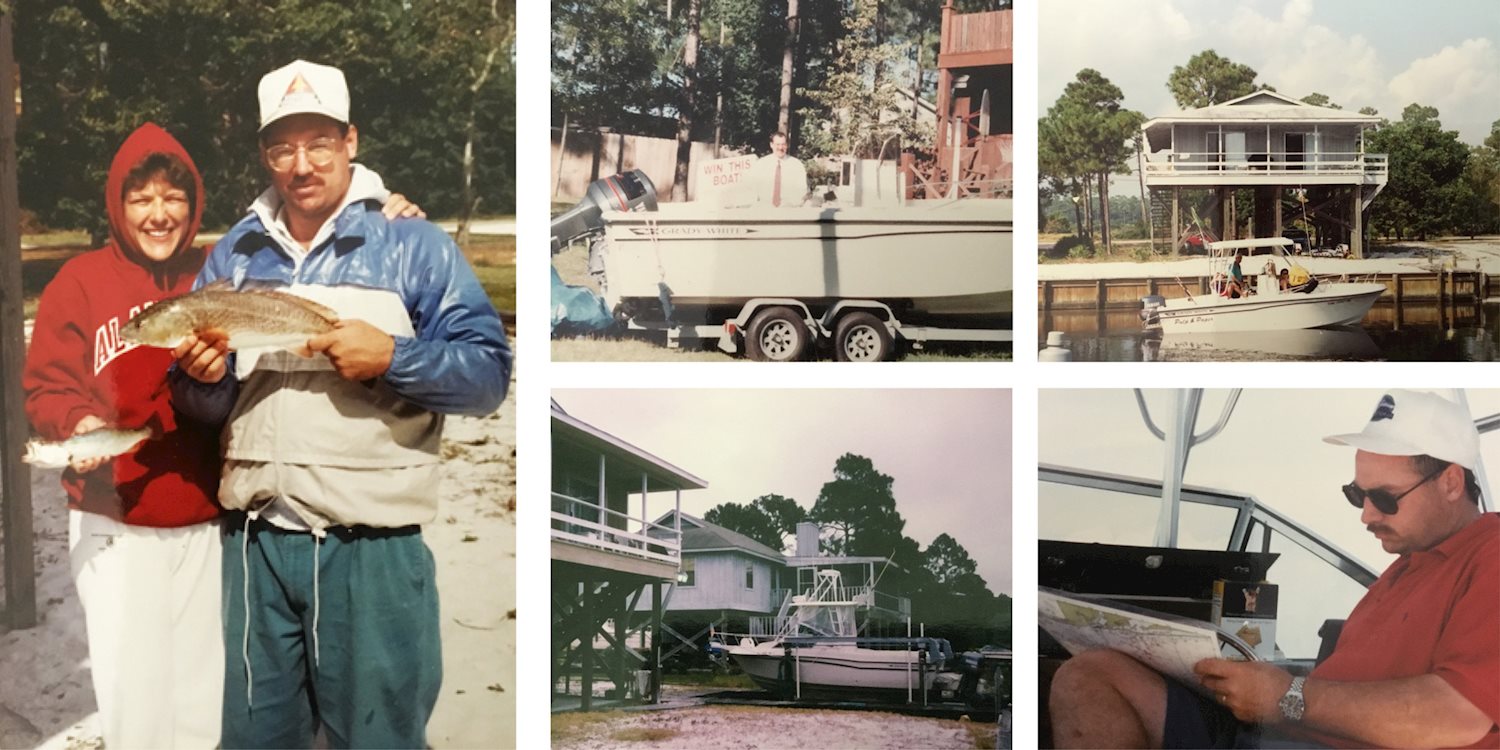