Grady Fanatic, Mike Firetti is having a hard time sleeping these days in anticipation of taking ownership of his next Grady-White–a 370 Express. He’s calling this boat his new Grady “1250.” A number that totals the four Grady-White models he’s purchased, which includes a Tournament 275, an Express 330, a Freedom 275 and now the latest, an Express 370.

Firetti’s earliest Grady-White memory goes back to a 1972 trip to visit his uncle in South Carolina. When they got there, Uncle Joseph announced, “We’re going to go boating on my new Grady-White.” to which Mike said, “What’s a Grady-White?” From that day forward he was hooked. Mike describes what it felt like to be on that boat as a young boy, “I was like a kid in a candy store!” he exclaims.

Fast forward to 2007 when Mike and his wife, Melissa, were moving to Rehoboth Beach, Delaware. “We hadn’t really thought about having a boat, but when we found a house we wanted to buy and it had a dock with a boat, we negotiated to buy the boat with the house,” noted Mike. Quickly Mike and Melissa realized that boat was not going to serve their needs so they called Dirk Van Rees at Taylor Marine and bought a different boat. This boat was also not a Grady-White. A month later Mike was back on the phone with Dirk about how rough the boat rode and said, “Melissa is white knuckled when we are on the water.”  Dirk told him, “Let’s test ride a Grady-White. You’re going to love the SeaV²® hull.” Was he ever right! Mike remembers that day when he bought the Grady-White Tournament 275 on the spot, “It was like night and day from the previous boat.”

The 275 served them well for about two years, but then Mike started dreaming of a bigger boat with air conditioning that could be used on overnight trips. Back to Dirk they went, and this time he recommended the Express 330. When reminiscing about the day he took possession of the 330, Mike said, “It’s like the very best Christmas morning ever!” At the time Mike thought there was no better boat! He recalls a trip with his nephews from Annapolis, Maryland to Delaware where they were caught in a terrible storm on the Delaware Bay. Fortunately, they got to the dock before dark. The next morning it was still storming but they needed to stay on schedule. With four-to-six-foot seas they headed out and were never concerned for their safety. Today, they all still fondly remember that trip and the cozy night they spent on the boat at the dock.

Eventually, Mike sold the 330 and got out of boating all together. Then this past spring, he and Melissa decided to buy another 275. Two months and 63 hours later Mike started reflecting on life. He said, “Our health is great, I feel good, the kids are grown - we need to get our ultimate dream boat.” They sold the 275 and ordered the Express 370. The plan is to take this boat down the Intracoastal Waterway all the way to Florida. They may not stop until they get all the way to Bimini!

Spend any time talking with Mike and you’ll find out that he loves Grady-Whites for their safety, reliability and comfort but he also loves the company as a whole. “I’ve purchased a number of big-ticket items including airplanes and Ferraris, but I’ve never had anything surpass my experience with Grady-White. From the dealer, Taylor Marine Center, to the technicians, customer relations representatives, and even Grady-White’s President, Kris Carroll, I feel connected–I just can’t explain it,” says Mike. He goes on to note that when you’re buying an expensive item you have to think about finances. But when you buy a Grady, because of the great resale value, you feel comfortable purchasing expensive electronics and other high-end options because you know it’s going to hold its value. “Basically, buying a Grady is money well spent. It offers peace of mind in both the boat and in the investment,” Mike concludes.

In closing Mike says, “When you believe in something, you wear it like a badge.”

Mike, we think you wear your Gradys well! 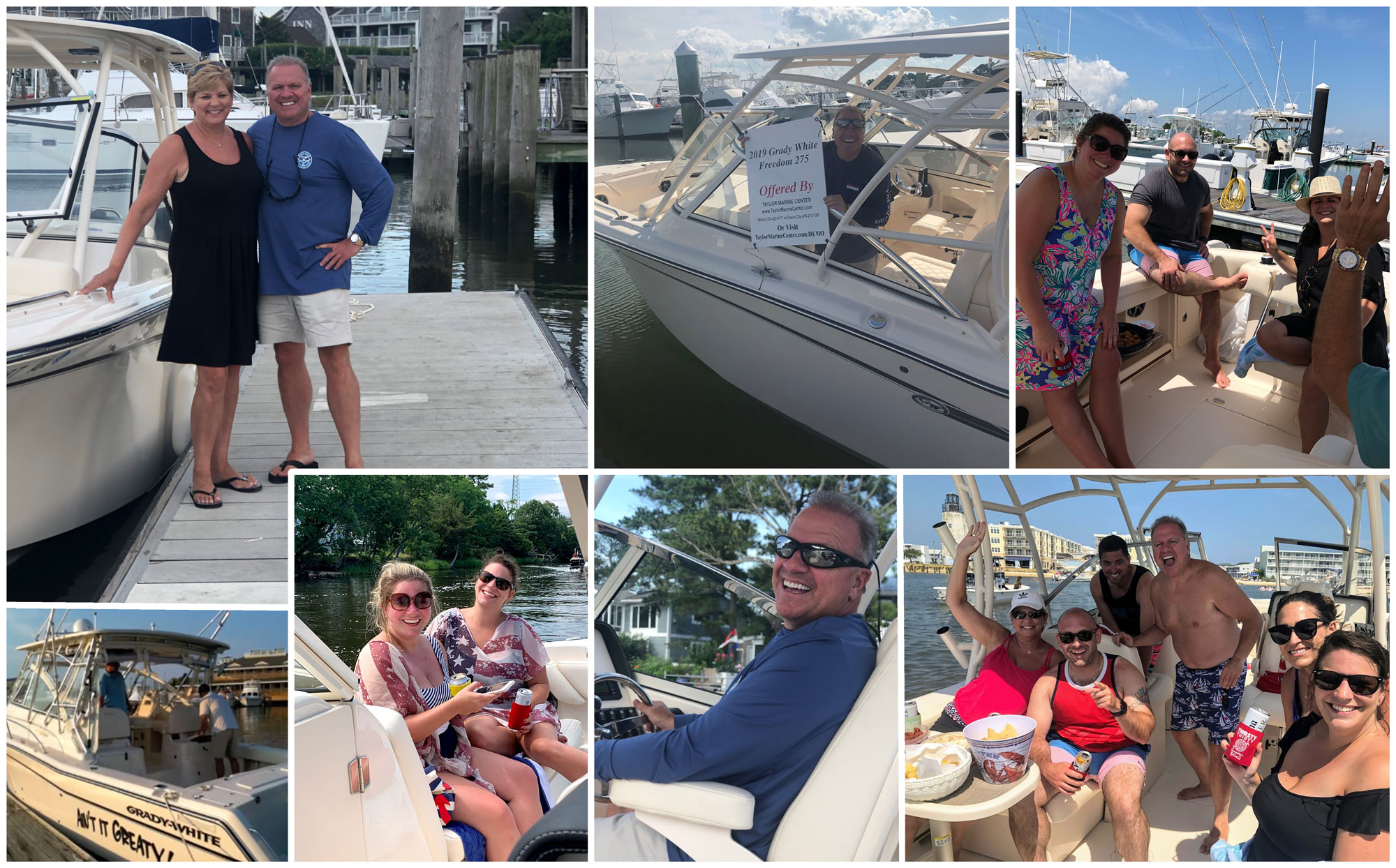