Dan Molino had never captained a boat until he was 50 years old. During a particularly busy time at work, a friend, Roger Paganelli, invited him to lunch. Little did Dan know, “lunch” included a ride on Roger’s boat. As they were returning to the dock, Roger told Dan, “I’ve never seen you so relaxed.” From that point forward, Dan was hooked on boating. Getting off the boat that day, he happened to meet a dealer who had a boat for sale. Dan bought it on the spot, and that began his family’s love for boating! While that first boat got them on the water, they realized the ride was far from ideal. Not long after, he found the perfect day-boat for his family: a Grady-White, Freedom 225 dual console. 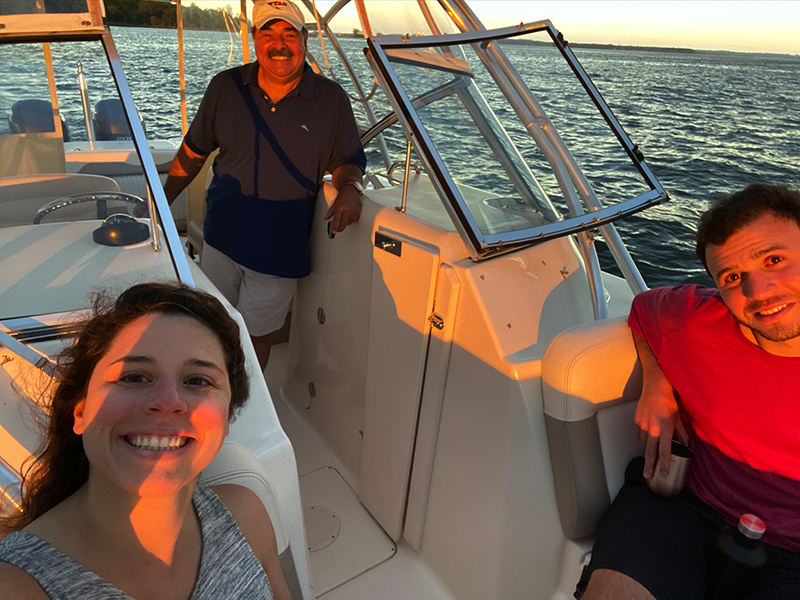 The Molino family enjoy spending time together and enjoying the waters around their home in New York. 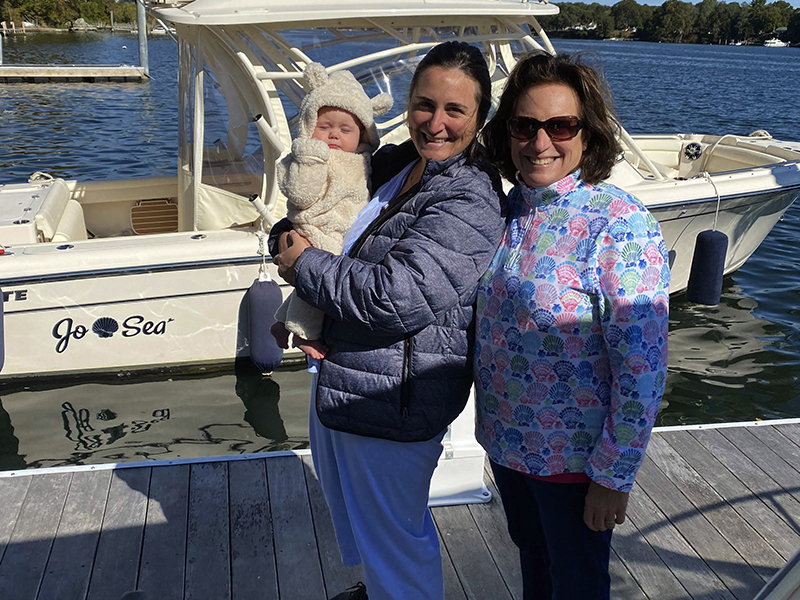 The Molino’s granddaughter, Grace, was quickly introduced to The Grady Life!

The Molino family enjoy spending time together and enjoying the waters around their home in New York.

The Molino’s granddaughter, Grace, was quickly introduced to The Grady Life!

Boating quickly became a focal point for the entire Molino family. It was the ideal way to spend time together and enjoy the waters around their home in New York. That love for boating eventually led Dan and his wife, Josie, to purchase a house on Niantic Bay, CT. Their goal was to create a place that their children, Elizabeth, Suzanne, and John, would enjoy coming back to as they grew older, and having fun together was a huge part of making that dream a reality. The Freedom 225 proved to be just what they needed for cruising, anchoring out, skiing, and tubing. With three teenagers on board, safety was Dan’s top priority, and the Grady gave him peace of mind when he wasn’t on the boat with them. “Gradys have the genetics to get your family home safely,” said Dan. Beyond that, he and Josie also loved that all the phones disappeared as soon as everyone was aboard. They actually spent their time on the boat enjoying each other’s company and talking to one another.

Dan later sold the 225 and purchased a Freedom 275, appropriately named Jo Sea, in honor of his wife. He notes that credit for the name goes to Don McKenzie, the Molinos’ dealer at Boats Inc. The bigger boat allows them to put more people and gear on board, and when they go skiing or tubing, they have plenty of power to get the rider out of the water quickly while maintaining complete control. Dan also likes that he can turn the boat on a dime to easily run back and pick up people after they fall off the tube or are finished skiing. The Molinos also appreciate that powerful get-up-and-go aspect when they make the 90-mile run from Connecticut to New York. To top it all off, Dan loves the ease of maintaining his Grady-Whites and the wonderful service from his local dealer, who always makes it effortless to put the boat away for the winter. 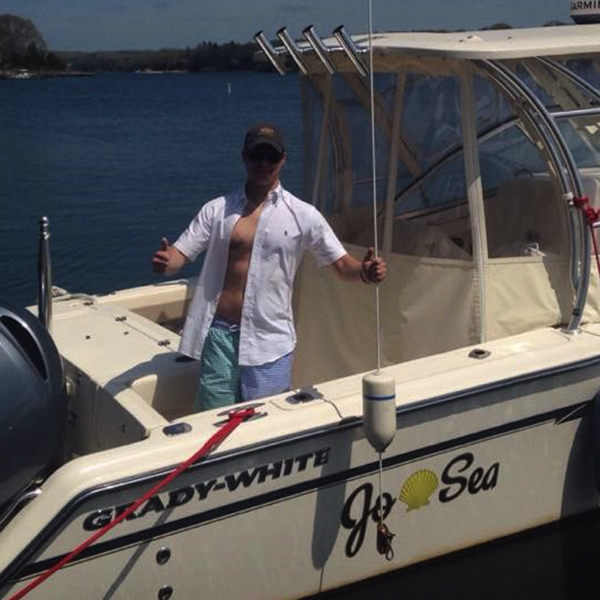 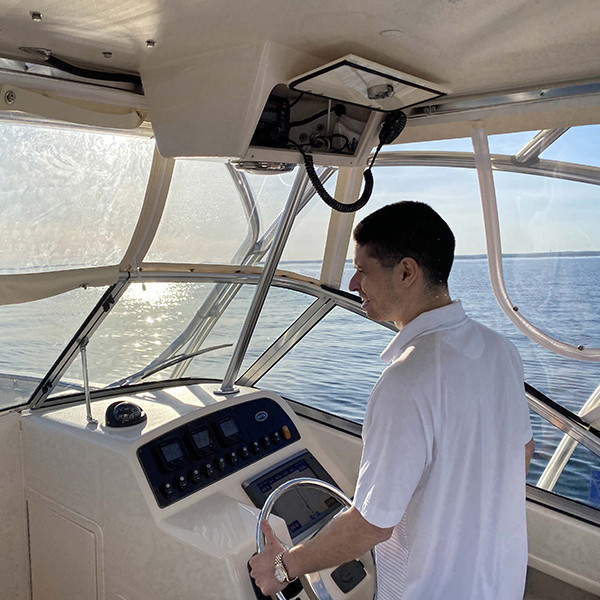 The Molino’s goal was to create an experience that their children would enjoy coming back to as they grew older.

As their children enter adulthood, Dan and Josie still enjoy boating together. They recently purchased a Freedom 285, the Jo Sea II. They now have the 285 on the bay in Connecticut and the 275 at their marina in New York City. That allows them to enjoy an occasional evening ride during the workweek, especially when Dan needs a little relaxation after a tough day at the office. “The boat is a real ‘grounding rod’ for me,” notes Dan. “When I climb aboard, everything just melts away.”

When they’re on the bay, Dan and Josie enjoy morning cruises with a cup of coffee. In the evenings, they’re back on the boat watching the beautiful sunset. In the fall, they leave Jo Sea II in the water until the week after Thanksgiving. This gives them a few weekends to enjoy the magnificent fall foliage from a unique vantage point on water. 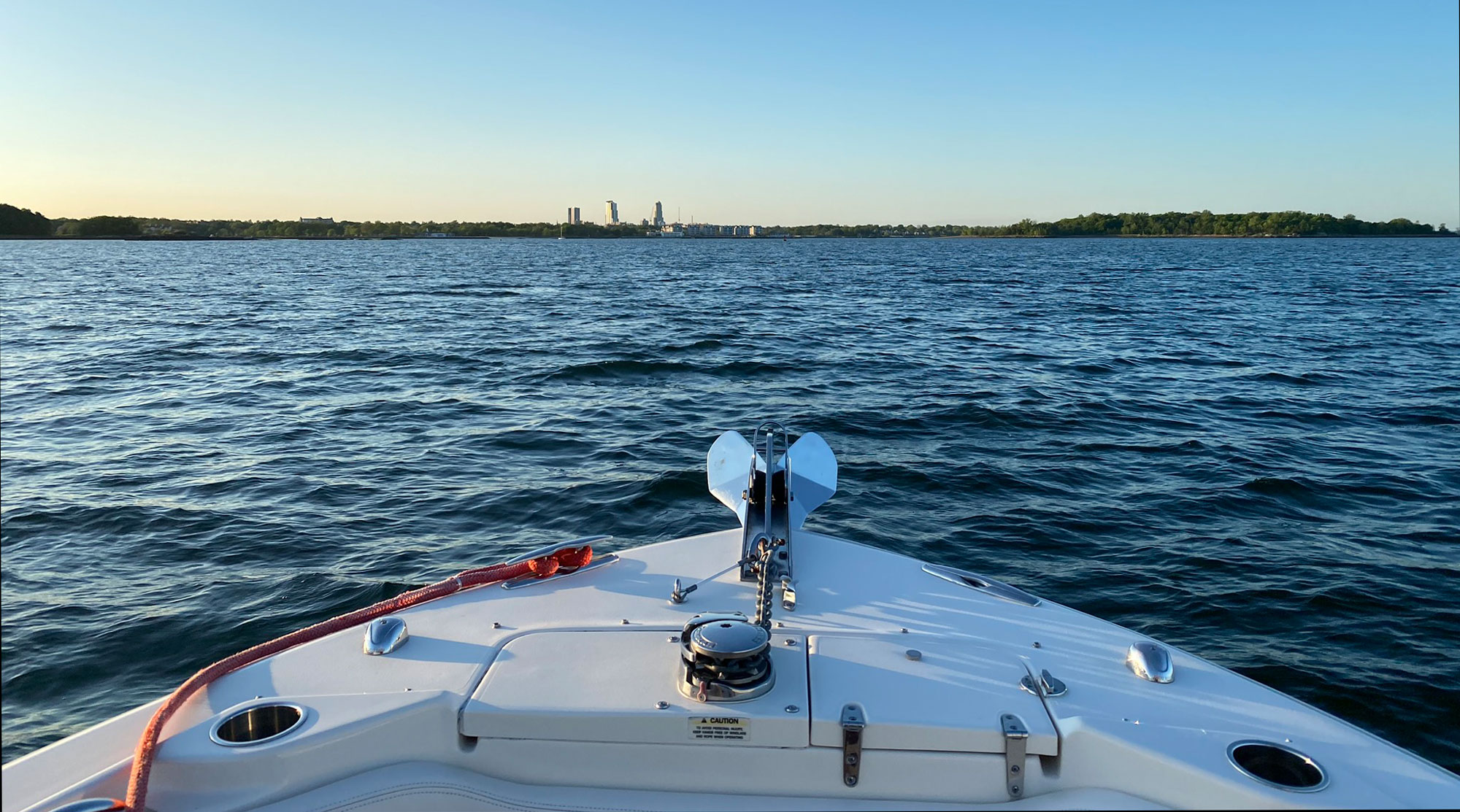 Dan and Josie enjoy morning cruises with a cup of coffee and evening cruises to watch the sunset. 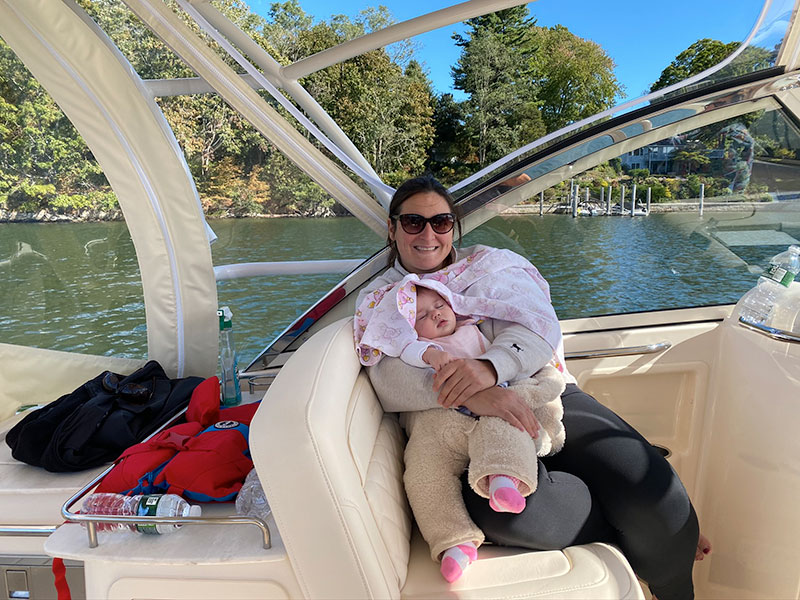 Grace, just 18 months old, is on the way to becoming a skipper! 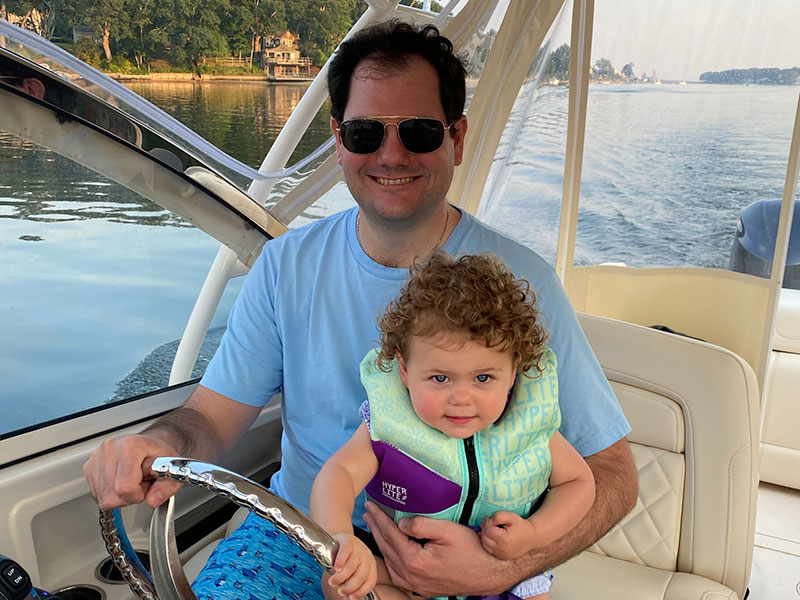 Grace, just 18 months old, is on the way to becoming a skipper!

With their first grandchild, Grace, on board this past summer, boating became an even greater bonding experience for the Molino family. “The extra foot in the beam of the 285 means not only extra weight, but also less pitch and roll, which I like when Grace is on board,” said Dan. He described how Grace, just 18 months old, already seems destined to be a boater. “Every time she’s on the boat, she goes to the helm and grabs the wheel!” He also likes that the boat has a high windshield that almost meets the hardtop, which means less spray and rain coming in when conditions are rough.

Dan believes the common denominator of every Grady he’s owned is they always feel safe and secure no matter where they are boating. Just across the bay from their house is Plum Gut, a tricky area that Dan describes as being like a washing machine, making it difficult for most other boats to traverse. On their Grady, though, the Molinos have no issue. “You just don’t get that from other boat brands. I know, because I’ve been on a lot of different boats that bounce you around like a cork,” says Dan. “That doesn’t happen when I’m on a Grady.”

“The boat is a real ‘grounding rod’ for me,” notes Dan. “When I climb aboard, everything just melts away.”