Terry Early’s introduction to boating began as a young boy spending vacations and weekends at Lake of the Ozarks, MO, where his father always had small power boats. After college, Terry moved to Houston, TX, where he primarily sailed on Galveston Bay. After a few trips to the Gulf Coast, Terry got “salt in his veins” and knew he wanted to spend more time on a body of water that allowed more exploration and travel options.

During this time, Terry met and romanced his wife, Sharon, on a 36' sailboat. Once settled into marriage, they enjoyed traveling on a number of boats that they could also live aboard when on excursions along the East Coast. Since the bigger boat wasn’t based in Houston, they needed a boat there. They owned several different boat models through the years, each right for what they needed at that moment. But over time their boating needs evolved, and they came to love the dual console concept, complete with a hardtop. They knew this style boat would be perfect for their current boating lifestyle. In 2013, after a number of boat tests, the Early’s purchased their first Grady-White, a Freedom 275. “Grady won out over other boat brands due to its clean lines and the solid heavy feel we were accustomed to on larger boats,” noted Terry. “It was perfect for the windy Galveston Bay chop and shallow exploring, not to mention happy hour cruises to nearby restaurants and the yacht club.” The hardtop offered protection from the sun and bad weather and the dual console design provided plenty of open seating for guests, including their children and grandchildren. The Early’s daughter, Allison, and her husband, Tim, live in Oklahoma and enjoy visiting with their three daughters, Riley, Taylor, and Sloane.

Looking for a retirement destination, they let their enjoyment of driving boats and seeing the world by water, in a place where much of American history was first developed, guide them. After many years of traveling on Downeast Cruisers from Texas to Maine they settled on New Bern, NC. First, they tried a summer home in the historic district. After a period of time they found they missed being on the water and ultimately purchased a waterfront home, still in New Bern, but on the north side of the Trent River. In 2015, they moved the 275 from TX to NC so they could traverse the local rivers and sounds. “We discovered all this boating fun actually made our larger down east cruiser obsolete, so we sold that boat in 2016,” said Terry. All they needed was the Grady!

When they sold the big boat, their friends thought the boating trips they took to Ocracoke Island, along the NC Outer Banks, were over. Terry said, “They all thought crossing the Pamlico Sound was some great treacherous adventure, but as you can imagine, to us it was just a 2-hour day trip. Now we rent a house and take the Grady over.”

When Grady-White introduced the new Freedom 325 in 2018 the Early’s traded up. “The new Grady is large enough for coastal exploring and ‘hotel cruising,’” notes Terry. “Our experience building a new Grady-White lead us to tour the factory, where the staff treated us like family!”

In the Early household, no trip is complete without their West Highland White Terrier, Grady, who loves riding on the bow in the “Titanic” position. Terry says, “The minute he hears us get the boat keys he runs to the dock and gets on the boat. Once there, he’s happy to just sit while we ready the boat. I sure wish he could scrub the decks!”

Leaving behind urban living has proven to be a great choice for the Early’s who recently purchased a condo in Atlantic Beach, NC. “After starring at an empty lift for months we decided to purchase the new redesigned Freedom 285! We’ll keep the 285 in New Bern and move the 325 to the beach,” says Terry. Settling into the Grady Life along the NC Coast, the Early’s are charter members of the Cape Lookout Grady-White Club, sponsored by Radio Island Marine, where they have met some fantastic likeminded Grady owners who they enjoy sharing great times and story swapping. With two Gradys on the water, more adventure is just a boat ride away for this water loving couple! 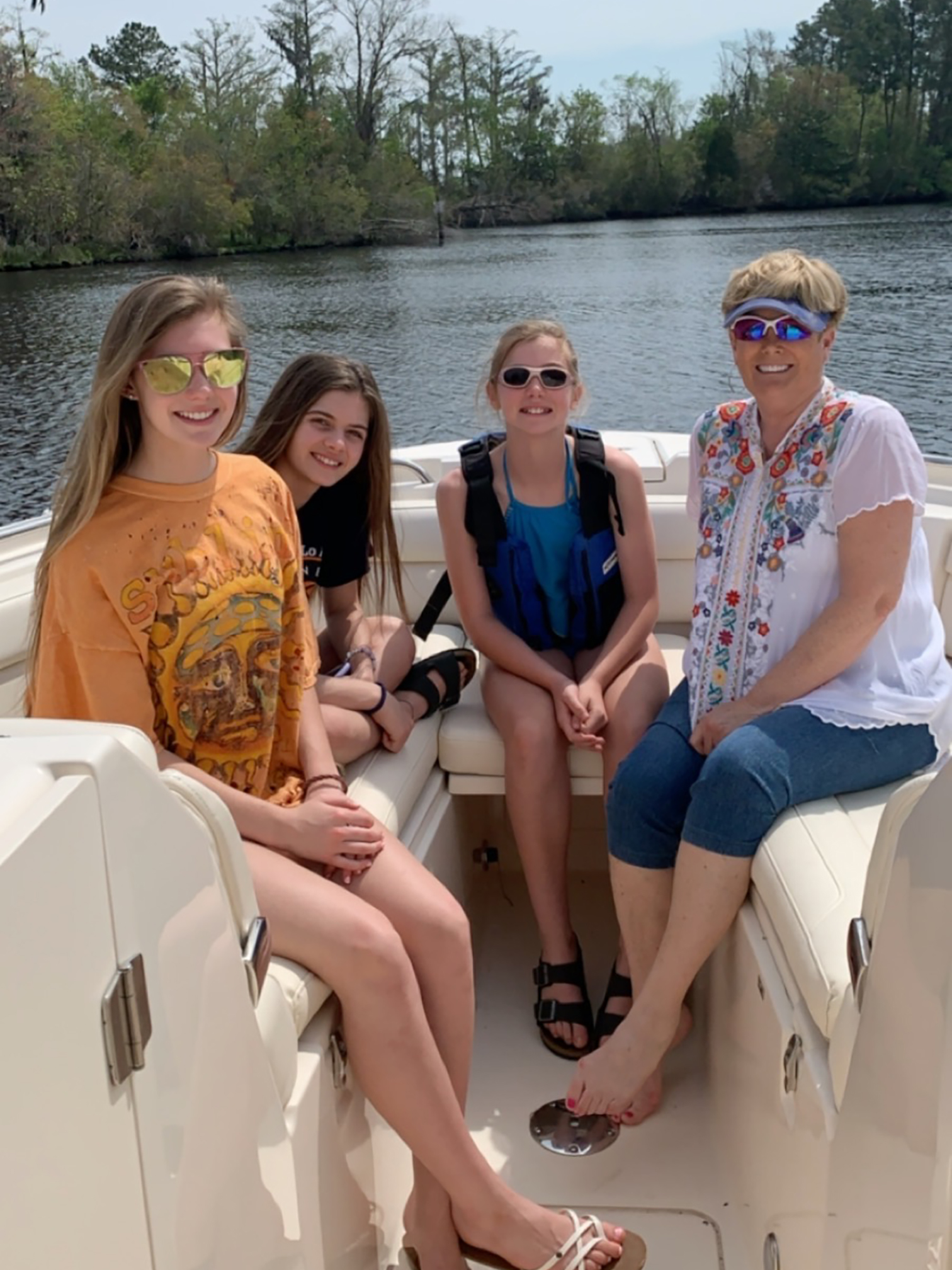 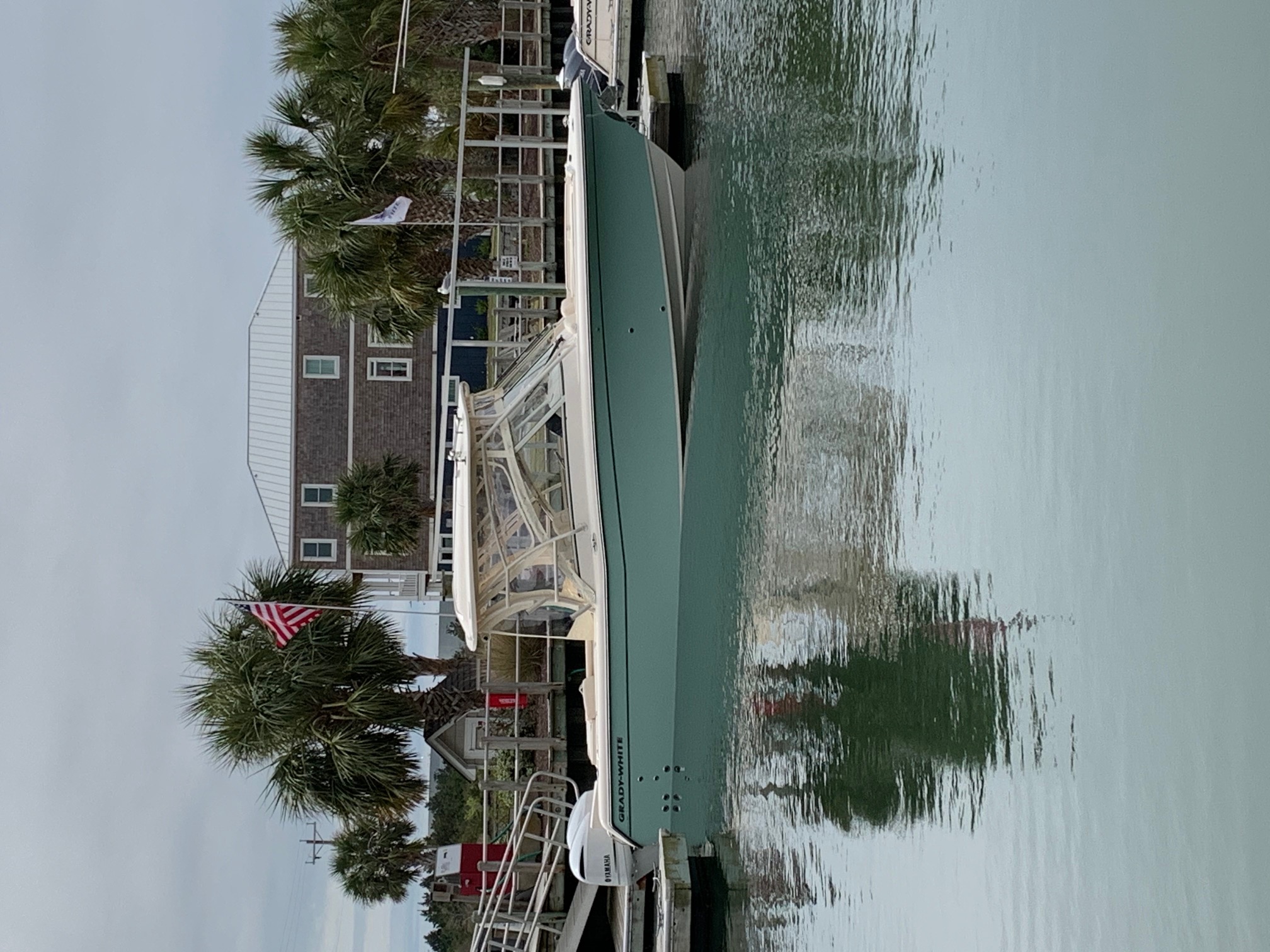 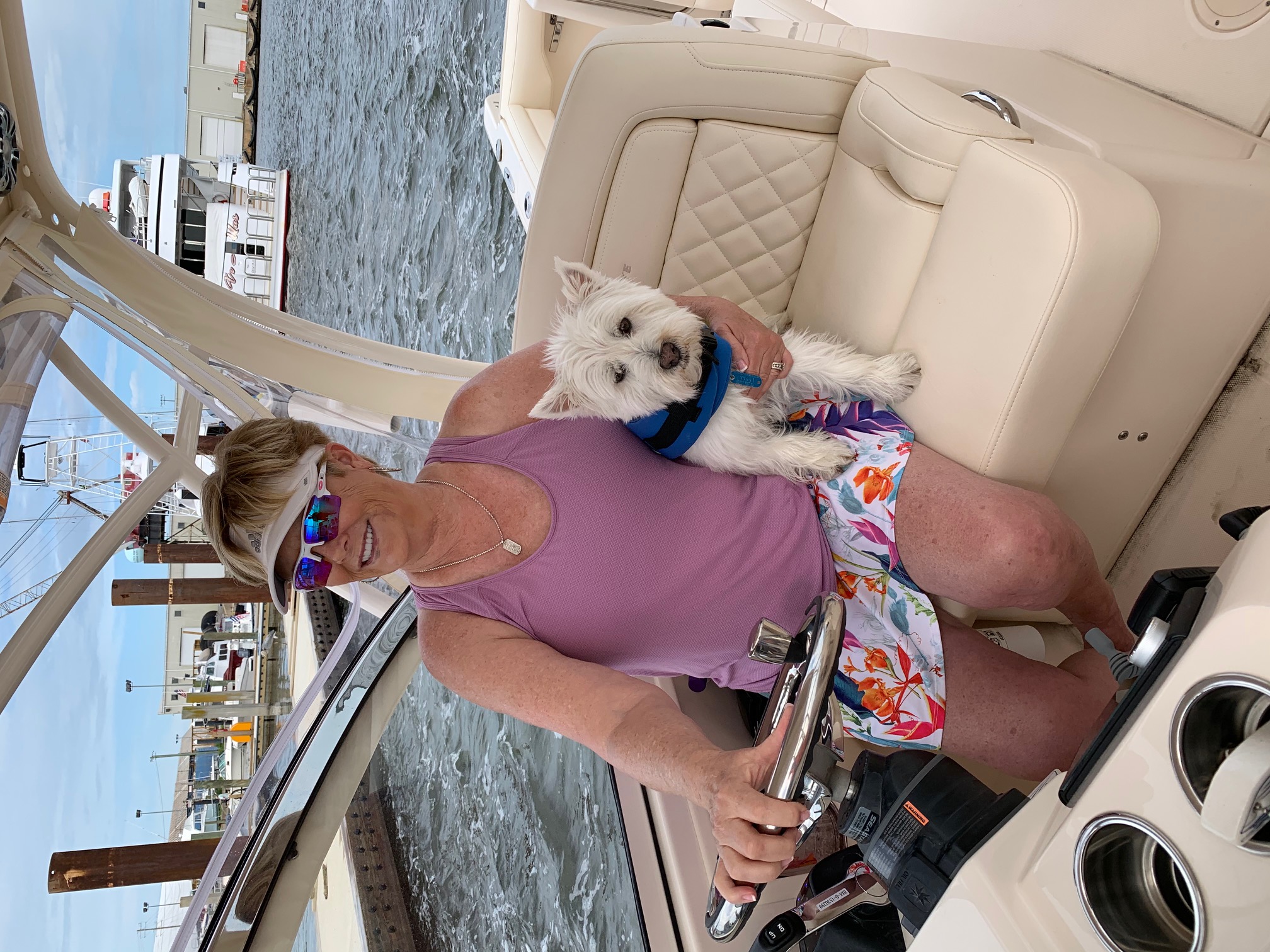